Posted by Robert Shapiro at 6:12 PM No comments: Links to this post

Colors in the Sky 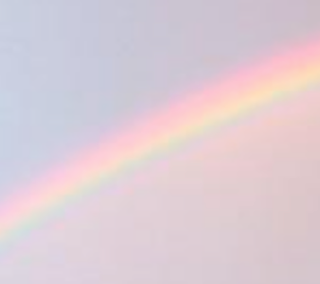 I just saw a wonderful phenomena. The phenomena I saw was to the northwest over the ocean. It was a very wide, tall and straight group of soft colors that looked exactly like the colors of a rainbow. Those colors were exceptionally tall and about 4 times as wide as they were tall. They didn’t curve.
It reminded me of something that, I think it was *Kreeetan who said years ago to me - many years - that every once in a while when they would contact somebody on Earth in our distant past, when they were leaving or sometimes just when they would fly over somebody but not actually meet them they would release a little color in the sky.
I channeled that years and years ago and what really is interesting is that it was included in a movie sometime later. So I think some friends I knew in the movie business at that time probably sent it to some of their contacts. Over the years I’ve had quite a bit of my stuff sent to movie people and it showed up in movies or tv after I channeled it.


But the main thing today is they were such a beautiful sight, the colors, and it made me feel nice to see it. Color in the sky can often be a thing of beauty, eh. Goodlife
———————————————
*Kreeetan is an ET being I channeled in the early days of my public channeling.
Posted by Robert Shapiro at 12:12 PM No comments: Links to this post

Minor Changes on My Blogs

Laws have changed in the European Union that have to do with some elements on my blogs, so I’ve removed those elements to comply. I hope these removals haven’t inconvenienced you. Do know that I welcome you all to read these blogs. Goodlife
Posted by Robert Shapiro at 9:55 PM No comments: Links to this post

Robert Shapiro
Robert is known as a Shaman, Mystical Man and Professional Trance Channel for over 35 years. More than 40 of his books have been published so far. For more see Robert's YouTube: https://www.youtube.com/BenevolentMagic and a list of his books: https://www.lighttechnology.com/authors/shapiro-robert