The Impossible Can Be Done 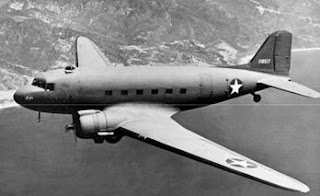 Some years ago when I was living in Santa Fe, New Mexico I was driving home, from having been to town, on a long dirt road. It was a very straight part of the road and I could see well into the horizon. As I was nearing my turnoff to go to the house where I was living with my then lady friend P., I could see a plane that was steeply diving. I didn't know what they were doing.

It was an old plane like from World War 2 that was used for transport purposes - taking troops here and there and supplies. Many of these planes are still active.

I slowed down because I didn't understand why the plane was diving in that way. Within a few seconds I realized there was something wrong because a plane like that - I don't know that much about airplanes but it could not possibly pull out of that dive. It was clearly going to crash and no one could survive - but I have had these experiences before where I have learned how to help in such circumstances.

It's an interesting feeling that, because there's actually a feeling of resistance even though I was doing this in my car with the windshield of my car between myself and the plane. I pushed up you see, and the plane almost hit the ground. It did something that I've experienced before pushing up with a plane.

The same thing happened where it almost hit the ground and suddenly doing something that would amount to a non-ballistic motion perhaps you'd call it - I'm not sure - the plane made a sudden sharp turn, about 30 degrees. I wouldn't say that that kind of turn was possible in a plane. On the other hand I'm sure the occupants of the plane did not object to impossibility happening in that moment.

The plane almost hit the ground. It came within a few feet because I could see clearly in front of me the land and the terrain which was fairly flat right there. The plane went suddenly straight up - not banking - just went straight up and continued on its flight.

I can't imagine what it was like inside that plane at that moment but I believe that perhaps a few people might have been converted to believing in something higher - perhaps Creator if they weren't sure about that before. They might have considered going to church or temple or wherever they went that weekend. I do not know of course, I was exhilarated because instead of a terrible plane crash there were people continuing on about their errands.

I am not saying that I am such a great person. I have learned how to do these things. I believe others may have learned as well over time. Maybe you can learn someday. Goodlife.
Posted by Robert Shapiro at 8:42 AM

Wow. When I feel a tramendous amount of energy well up inside of me, in instances of emergency when protection action is needed, I'll suddenly feel as if I can "move mountains". Maybe there is something to that!...? Thank you, Kirsten

As we have discussed, there definitely is as far as you're concerned my friend. I know you will use it wisely.

I hear you, and yes you are right, I am aware of the wisdom that I feel is required with this. Thank you, Kirsten

Robert Shapiro
Robert is known as a Shaman, Mystical Man, Professional Trance Channel and Author for over 40 years. More than 40 of his books have been published so far and others may be coming soon. For videos see Robert's YouTube at https://www.youtube.com/BenevolentMagic or https://explorerrace.blogspot.com/ and for a list with descriptions of his books: https://www.lighttechnology.com/authors/shapiro-robert also https://www.amazon.com/Robert-Shapiro/e/B002BLSGSY